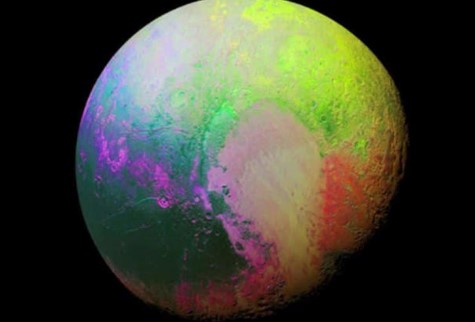 American Space Organization NASA has taken the internet by storm after it shared a rainbow-colored picture of Pluto on its official Instagram account. NASA keeps on sharing amazing photos of celestial bodies on its social media platforms. The space agency on Wednesday (July 20, 2022) posted a mind-blowing picture of Pluto, which is shown at the outermost edge of our solar system, that has set the internet on fire.

Where does the rainbow end? Pluto isn’t a psychedelic riot of colors – this interpreted color image was created by New Horizons scientists to highlight the many subtle color contrasts between the planet’s distinct regions,” NASA said in the post. “Pluto incorporates a complex, varied surface with jumbled mountains reminiscent of Europa, networks of carved-out valleys, ancient, heavily cratered terrain sitting right next to new, smooth icy plains, and even what might be wind-blown dunes,” it included”.

Meanwhile, the post, at present, has received over 9.20 lakh likes and thousands of comments on Instagram. The photo was captured by the spacecraft New Horizons, which was launched on January 19, 2006. New Horizons conducted a six-month-long flyby study of Pluto and its moons in the summer of 2015 and proceeds to investigate the distant solar system