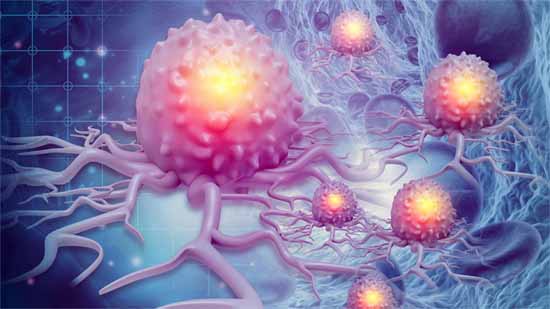 Researchers have identified an important transition point in the shift from chronic to aggressive blood cancer by conducting experiments in mice, providing a new intervention point for hampering the progress of the disease, according to a study.

The researchers at Washington University School of Medicine, US, have shown that blocking a key molecule, called DUSP6, in the transition pathway prevents this dangerous disease progression both, in mice with models of the disease and in mice with tumours sampled from human patients. The research appears in the journal Nature Cancer.

A type of chronic leukaemia, or cancer of the body’s blood-forming tissues, can simmer for many years. Some patients may need treatment to manage this type of blood cancer – called myeloproliferative neoplasms (MPN) – while others may go through long periods of watchful waiting.

However, for a small percentage of patients, the slower paced disease can transform into an aggressive cancer, called secondary acute myeloid leukaemia, that has few effective treatment options. Little has been known about how this transformation takes place.

“Secondary acute myeloid leukaemia has a grim prognosis,” said senior author Stephen T. Oh, MD, PhD, an associate professor of medicine and co-director of the Division of Hematology at the School of Medicine.

“Almost every patient who develops acute leukaemia after a history of myeloproliferative neoplasms will die from the disease. Therefore, a major focus of our research is to better understand this conversion from chronic to aggressive disease and to develop better therapies and, hopefully, prevention strategies for these patients,” said Oh.

The study suggests that inhibiting this key transition molecule, DUSP6, helps overcome the resistance that these cancers often develop to JAK2 inhibitors, the therapy typically used to treat them.

“These patients are commonly treated with JAK2 inhibitors, but their disease progresses despite that therapy, so we’re also trying to identify how the disease is able to worsen even in the setting of JAK2 inhibition,” said Oh.

The researchers conducted a deep dive into the genetics of these tumours, both during the slow chronic phase and after the disease had transformed into the aggressive form while patients were taking JAK2 inhibitors.

The DUSP6 gene stood out as highly expressed in the 40 patients whose tumours were analysed in this study.

Using genetic techniques to delete the DUSP6 gene prevented the transition to aggressive disease in mice with models of this cancer.

The researchers also tested a drug compound that inhibits DUSP6 and found that the compound – only available for animal research – stopped progression of the chronic disease to the aggressive disease in two different mouse models of the cancer and in mice with human tumours sampled from patients.

Reducing DUSP6 levels both genetically and with a drug also reduced inflammation in these models.

Oh’s team is interested in investigating these drugs for their potential to block the dangerous transition from chronic to aggressive disease and address resistance to JAK2 inhibition, said the study.

“A future clinical trial might enrol myeloproliferative neoplasm patients who are taking JAK2 inhibitors and, despite that, show evidence of their disease worsening,” said Oh.

“At that point, we might add the type of RSK inhibitor that’s now in trials to their therapy to see if that helps block progression of the disease into an aggressive secondary acute myeloid leukaemia.

“A newly developed RKS inhibitor is in phase 1 clinical trials for patients with breast cancer, so we’re hopeful our work provides a promising foundation for developing a new treatment strategy for patients with this chronic blood cancer,” said Oh.